Top Stories Vice President: The Houthi militia does not care what the Yemeni citizen suffers, and their decision is in the hands of the Tehran mullahs

Vice President: The Houthi militia does not care what the Yemeni citizen suffers, and their decision is in the hands of the Tehran mullahs

Vice President of the Republic, Lieutenant General Ali Mohsen Saleh, said that the Houthi militia met positive and serious treatment by the legitimacy with all peace efforts with intransigence and constant rejection, referring to the militia’s decision in the hands of the Iranian regime and the mullahs of Tehran.

This came during his meeting and in the presence of the Prime Minister, Dr. Maeen Abdul-Malik, the UN envoy to Yemen, Martin Griffiths, to be briefed on developments on the national arena and the efforts made to bring peace.

The Vice President emphasized that the militias do not care about the daily tragedies that the Yemeni citizen suffers as a result of the coup against the legitimacy and the consensus and consensus of the Yemenis and the institutions of their state.

The Vice President of the Republic congratulated the UN envoy on his new position as Under-Secretary-General for Humanitarian Affairs, wishing that this post would positively affect the improvement of conditions and alleviate the suffering of Yemenis, and that the United Nations and its concerned organizations would make real and tangible efforts in this aspect.

During the meeting, the Vice President reviewed the various rounds of dialogue and initiatives throughout Martin Griffiths’ tenure as the Special Envoy of the Secretary-General of the United Nations to Yemen, made either to the current envoy or his predecessors,

The Vice President stressed the Houthi militia’s exploitation of the Stockholm Agreement for brutal aggression and massive mobilization towards Marib, which requires a firm stance from the international community and the United Nations.

In the same context, he noted that while calls from the international community escalate for a cease-fire, the Iranian terrorist Houthi militia launches its fiercest attacks on the Marib Governorate, which is home to three million displaced persons, while our courageous forces carry out their military operations in self-defense and to deter these attacks, in addition to the multiplication of militia attacks. The missiles attack the brothers in the Kingdom and its threat to international navigation by planting sea mines and operating booby-trapped boats.

In the meeting, the Prime Minister discussed the field conditions in the liberated areas, his recent visits to Marib, and the suffering of the citizen and the displaced due to the continuing coup of the Houthi terrorist militia, and its rejection of all calls for peace, noting some challenges, foremost of which are the financial and economic challenge, and the efforts made to complete the implementation of the Riyadh Agreement and achieve security And stability in Aden and the rest of the liberated governorates.

For his part, the UN Special Envoy to Yemen expressed his thanks to the leadership of legitimacy and the Yemeni government for their efforts and positive response to the calls and efforts for peace, stressing the continuation of work to overcome the challenges and difficulties that impede the peace process, indicating the international community’s keenness and support for Yemen and that there is no option but peace to alleviate the suffering of Yemenis. .

“You are French, Indians and Americans, you are not Muslims and do not bear the divine plan.” One of the ...

The Women’s Department in the General Secretariat of the Yemeni Congregation for Reform has called upon Yemeni women not to ... 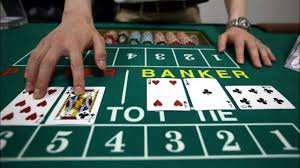 Baccarat The score is kept contrastingly in online baccarat than most table games. Face cards merit the numbers on their ...